Rohit Shetty Is Back On Sets After Minor Injury, Sidharth Malhotra Is Impressed 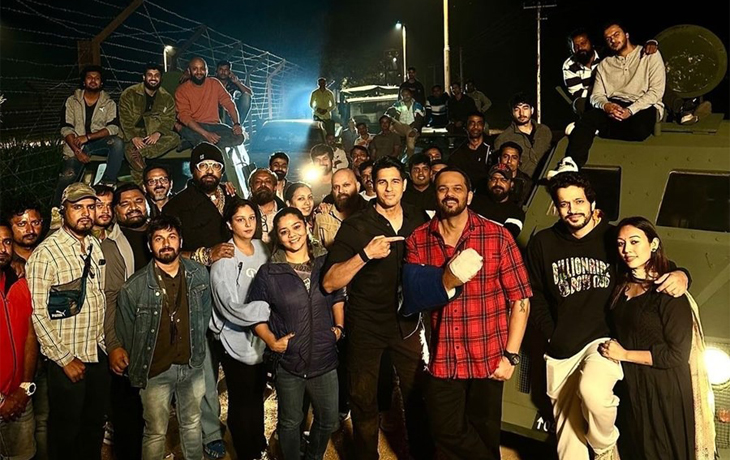 Filmmaker Rohit Shetty is back on the set and filming the series with actor Sidharth Malhotra after suffering a minor injury while working on the sets of his directorial debut, “Indian Police Force.”

One of the critical stars of “Indian Police Force,” actor Sidharth Malhotra, posted a video with Rohit following his injuries on social media. He captioned it, “A true master leads by example. We all know about @itsrohitshetty Sir’s love for action and his passion towards the stunts he directs. Last night while performing a CAR STUNT action piece HIMSELF, he met with an unfortunate accident. After a sleepless night and a minor surgery, he’s back on set in less than 12 hours…Sir, you are an inspiration to all of us. Love n Respect.”

Last night, while filming an action scene for his upcoming web series Indian Police Force, Rohit Shetty suffered a slight injury to one of his fingers.

The wound was attended to right away. And soon after the incident, he resumed shooting.

In addition, Rohit tweeted a photo from the set and expressed his gratitude for everyone’s concern after hearing about the incident. He wrote, “Another car topple… but this time with stitches on 2 fingers…. Nothing to worry about. I am absolutely fine… thank you so much for your love and concern…Shooting Indian Police force for Amazon Originals in Hyderabad @primevideoin #indianpoliceforce.”