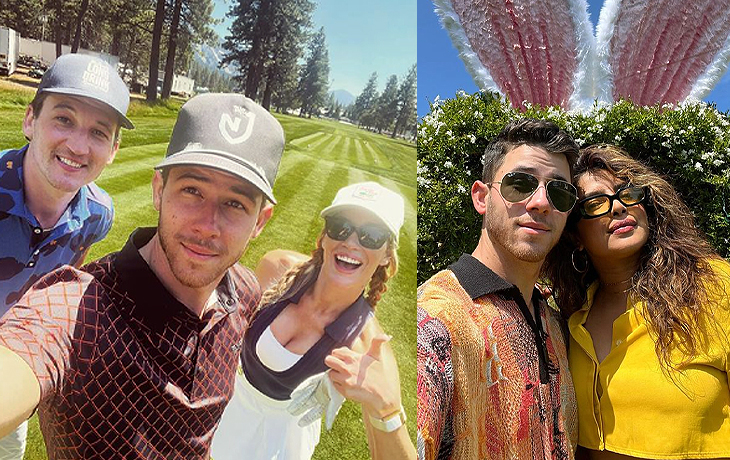 Priyanka Chopra and Nick Jonas consistently show support for one another and encourage one another. Along with celebrities like Miles Teller, Justin Timberlake, and others, Nick Jonas recently participated in the Celebrity Golf Tournament at Lake Tahoe. Priyanka showed up at the place to support Nick and wish him the best.

In tweet-posted videos from the competition, Chopra was seen sporty while wearing a casual dress, a blue jacket, and a cap. During this outing, the actress was spotted walking around in white sneakers. Priyanka was also seen talking with fans during the game and giving an autograph to a fan.

Nick is a well-known golf enthusiast who was spotted playing with Niall Horan of One Direction while the singer was a guest host on James Corden’s talk show. While Nick had his wifey supporting him throughout the previous event, their daughter Malti Marie Chopra Jonas wasn’t visible during this outing. A few days prior, Chopra unintentionally revealed another image of their daughter by covering her face with a heart emoji while sharing a picture of an occasion with one of her closest friends.

Sonam Kapoor Ahuja’s baby shower will have a bohemian theme, thanks to Anil and Sunita Kapoor.