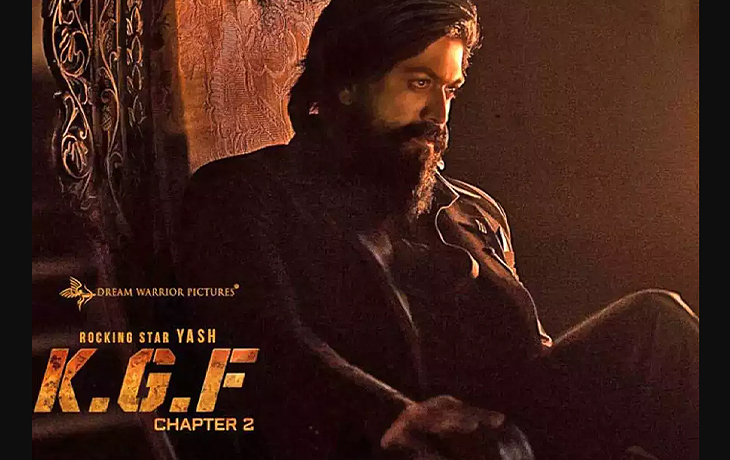 Last weekend, KGF Chapter 2 surpassed Rs. 1000 crores worldwide, and it only took five days to add another Rs. 100 crores, bringing the total to Rs. 1100 crores on Thursday. The Yash starrer outperformed RRR, aiming for Rs. 1100 crores but fell short by roughly Rs. 5 crores. As a result, KGF 2 is now the highest-grossing film of 2022 worldwide, and it is likely to remain such, with Lal Singh Chaddha posing the only real threat if it succeeds in China.

This also makes KGF Chapter 2 the third Indian film to reach the $1 billion milestones. The film will most likely add another Rs. 75 crores to its total in India, but if there is some overperformance, the picture might gross up to Rs. 1200 crores worldwide, though realistically, it will be in the 1100s.

The film’s overseas gross is estimated to be $24.25 million. The Eid holidays in the Middle East and Malaysia caused an increase in collections on weekdays. Because of the holidays in the Gulf, the actuals have yet to be obtained, but they are expected to be similar to the estimates. There’s definitely still enough gas in the tank to get over the $25 mark internationally.

AR Rahman’s daughter Khatija Rahman has married, and fans are congratulating her.