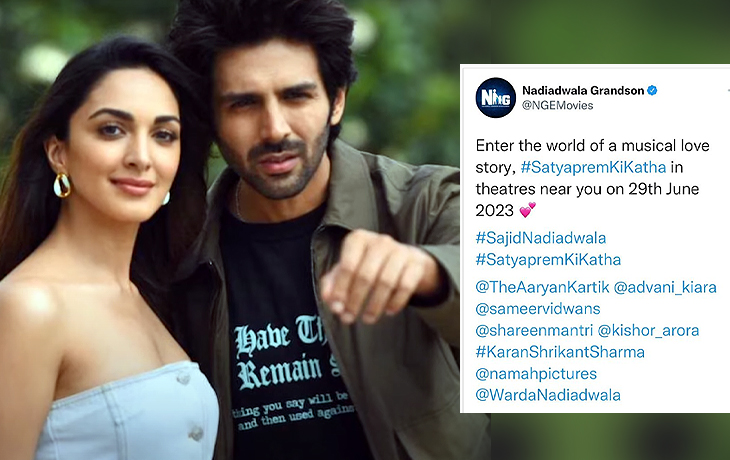 The hit and famous pair of Bhool Bhulaiyaa 2, actor Kartik Aaryan and Kiara Advani are collaborating for the forthcoming Satyaprem Ki Katha. Now the film is slated for 29th June 2023 release.

A romance drama directed by Sameer Vidwans and produced by Sajid Nadiadwala, Satyaprem Ki Katha was once known as Satyanarayan Ki Katha.

The movie was announced in 2021, but the production was put on due to the pandemic and scheduling complications hold. Additionally, some took problems with the movie’s name since it hurt Hindu sensitivities. The creators have altered the film’s title, and production will begin shortly.

Kiara Advani is enjoying the success of Jug Jugg Jeeyo. Next, she is shooting for Govinda Naam Mera with Vicky Kaushal and RC15 with Ram Charan.