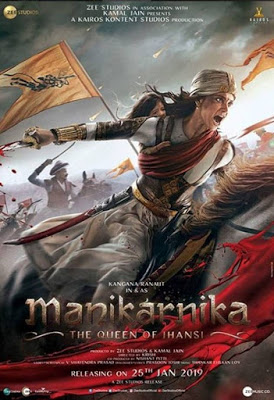 Kangana Ranaut’s much-awaited historical film Manikarnika is releasing this Friday. Being stuck in the making for more than 2 years Manikarnika is Kangana’s most ambitious project. Kangana has also directed parts of the film.

MANIKARNIKA will face tough competition from Thackeray.Thackeray is a story Shiv Sena Supremo Balashaheb Thackeray.The title role of Bal Thackeray in the film is played by one of the finest actors of  India Nawazuddin Siddiqui.