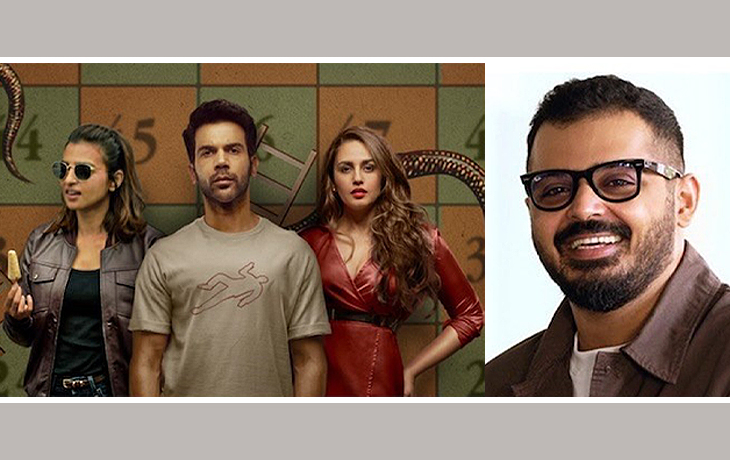 The director Jai Mehta lauds Vasan Bala and the entire creative team of Monica O My Darling, describing it as his best film to date.

Jai Mehta took to his social media and shared a series of tweets praising the team. It read, “Watched #MonicaOMyDarling on @NetflixIndia, An avant-garde piece of filmmaking. It’s bold, funny, visual, playful and entertaining, with some refreshing scenes, dialogue and characters I’ve watched. @Vasan_Bala has done it again. His best film yet!”

“A huge shoutout to my brotherman @ach1nt for the banging soundtrack. The colourful and breathtaking cinematography by @swapneel25. The antique yet youthful lyrics by @varungrover, What a riot! #MonicaOMyDarling”

“Are @DysonIndia vacuum cleaners as good as they say? Heard so much about them during the lockdown. I don’t know much about daily use, but they look pretty sick!” Jai.

Rajkummar Rao, Radhika Apte, Huma Qureshi, and Sikander Kher play the key characters in the movie, which Vasan Bala directs. The mystery novel Burutasu No Shinzou by Japanese author Keigo Higashino was made into a film.

In terms of his professional endeavours, Jai Mehta is preparing for the debut of his eagerly anticipated original series Lootere on Disney+ Hotstar and an unnamed project with Abundantia Entertainment.