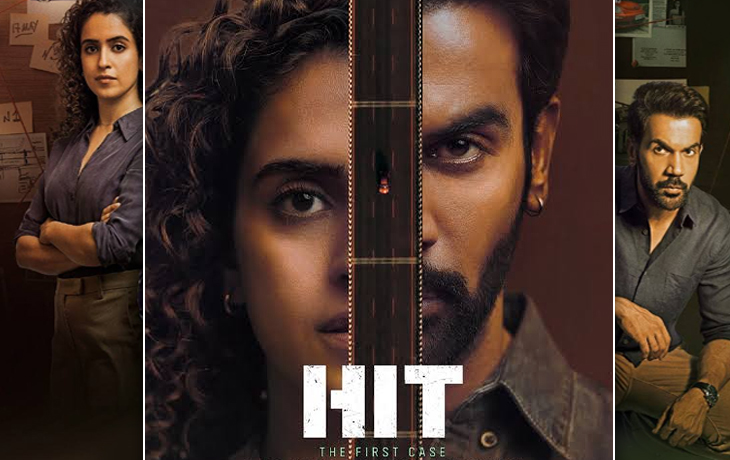 After the successful theatrical run, Rajkummar Rao and Sanya Malhotra starrer HIT: The First Case, the suspense thriller, will begin streaming on the platform on August 28, 2022.

Sharing the news on social media, the official handle of Netflix India wrote, “The tense case of a highway, a lost car and a missing girl. HIT, The First Case is coming to Netflix on August 28, August 28, and we can’t wait to solve it with @rajkummar_rao and @sanyamalhotra_ @saileshkolanu @tseries.official #HITTheFirstCase.”

In the movie, Rajkummar Rao’s character Vikram, a police officer, battles his previous demons while trying to solve the case of a missing woman. Numerous secrets, lies, deceptions, and other things are revealed in the film.

Produced by Bhushan Kumar, Dil Raju, Krishan Kumar, and Kuldeep Rathore, the movie is directed by Sailesh Kolanu. A stand-alone sequel to the movie dubbed HIT: The Second Case is planned to come out after it.

Rajkummar Rao is as busy as ever, wrapping Mr and Mrs Mahi, Bheed, Monica, and O My Darling.