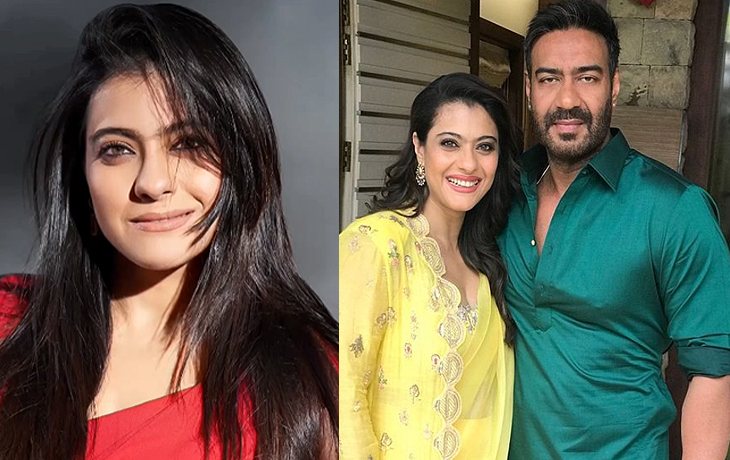 Ajay Devgn uniquely wishes his wife-“When she calls; I never fail to pick up.”

One of the best actors to ever grace Indian cinema is Ajay Devgn. Pyaar Toh Hona Hi Tha, The actor has worked in Bollywood for nearly 30 years. During that time, he produced some highly memorable films, including The Legend of Bhagat Singh, Tanhaji, Phool Aur Kaante, Singham, Pyaar Toh Hona Hi Tha, and Hum Dil De Chuke Sanam. Ajay has appeared in more than 100 movies as an actor, although he has only directed three films: U Me Aur Hum, Shivaay, and Runway 34. The actor will serve as the project’s director for the fourth time with Bholaa, an approved remake of the Tamil film Kaithi.

Ajay Devgn has been active on his social media accounts and regularly offers his followers entertaining, short videos. In honour of Kajol Devgn’s 48th Birthday, Ajay Devgn posted a funny video with his wife. On sliding his screen to answer Kajol’s call in the video, he was greeted by lovely images of Kajol dressed in red. He wrote in his post’s caption, “When she calls, I never fail to pick up. Happy birthday, dearest @kajol”. Both his and Kajol’s fans found the video incredibly entertaining and loved it.

In the film The Last Hurrah, Kajol will appear. Nearly a dozen projects are now in Ajay Devgn’s queue. After roles in Rudra and Runway 34 this year, the star will next be seen in Indra Kumar’s Thank God, a Diwali 2022 release that also stars Sidharth Malhotra and Rakul Preet. Following that, he will appear in Drishyam 2, an authorized remake of the Malayalam movie of the same name.

Although his film Maidaan is finished, a release date has not yet been set. On Ram Navami 2023, the movie Bholaa, in which he makes a comeback as a director, will be released. In addition to these ventures, he will appear in Singham 3 and Golmaal 5. With this kind of cast, we can be sure that Ajay Devgn will frequently appear in the future.

TWICE releases an exciting timetable for their 11th mini album, ‘BETWEEN 1&2’