Deepika Padukone’s first look from Pathan has been released and went viral. 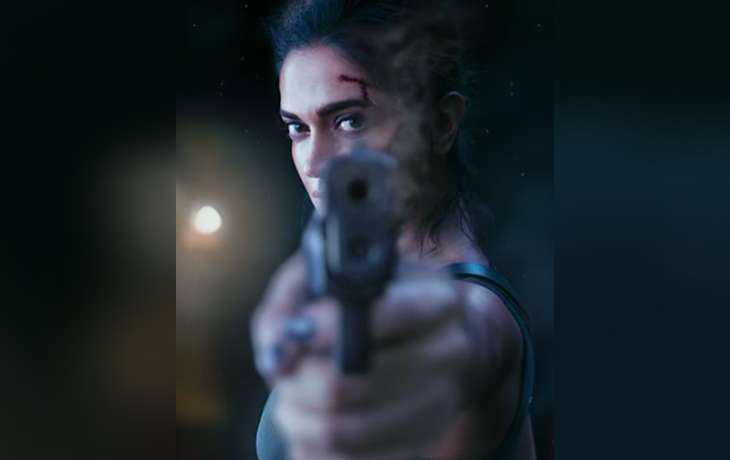 Yash Raj Films posted the motion poster for the movie along with the caption, “She’s ready to shoot it up a notch! Presenting @deepikapadukone in #Pathaan Celebrate #Pathaan with #YRF50 only at a big screen near you on 25th January 2023.”

Along with Deepika and Shahrukh. John Abraham appears in the film Pathan as well. While sharing this motion picture, John captioned, “Stop. Stare. Shoot! Presenting @deepikapadukone in #Pathaan Motion poster link Celebrate #Pathaan with #YRF50 only at a big screen near you on 25th January, 2023. Releasing in Hindi, Tamil and Telugu.” Shah Rukh also shared the poster and stated, “Guns and grace galore. @deepikapadukone is all that and more!

The movie poster portrays Deepika as being fierce. A close-up of a bullet fired out of a pistol appears as the film’s first image. Deepika is shown holding the gun and bleeding from a wound on her forehead as the camera moves away. She has black painted nails and is wearing a black vest and pants. The movie’s poster has already become famous on social media, and fans adore Deepika’s new action persona.

While the film’s director, Siddhant, discussed the actress in a recent interview and stated, “Deepika Padukone is a massive, massive star (I have to say it twice), and her presence in Pathaan makes our film even more exciting and grand. No one has yet seen her look in Pathaan, and we are thrilled to present a glimpse of her in our action spectacle. Deepika has a fierce role that will blow everyone’s mind.”

To celebrate his 30 years in Bollywood, Shah Rukh earlier revealed his first motion poster from the film Pathaan. King Khan followed it up with an Instagram “Ask Me Anything” session. During his fan interaction, he spoke about the movie and remarked, “It was fun doing the flying, kicking… Doing everything that I always wanted to do when I was 26 or 27.”

The Darlings movie trailer starring Alia Bhatt and Shefali Shah is now out.

Kartik Aaryan makes a subtle jab at Koffee With Karan.