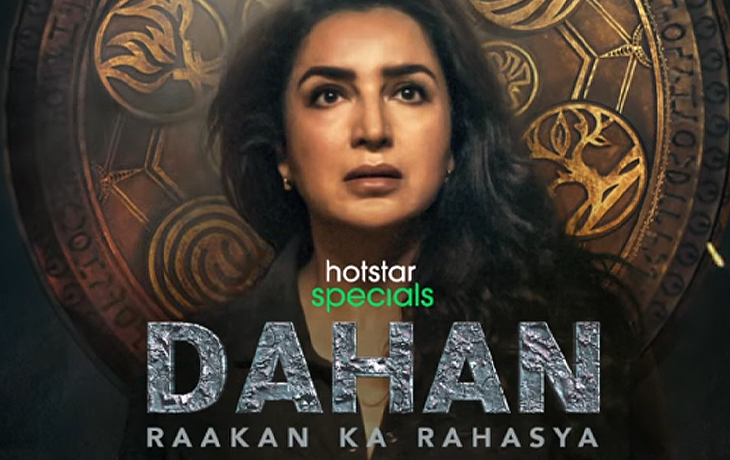 The first official trailer for Dahan is out, starring Tisca Chopra, Rajesh Tailang, and Saurabh Shukla in the lead roles. Helmed by Vikranth Pawar, the nine-episode series will open the gates to a horror future with a mining expedition kickstarting in the village.

The sensation of watching the Dahan trailer is one of legendary and paranormal elements combined to cause mayhem and horror. The nine-part television series filmed in Rajasthan tells the story of cursed caves, undiscovered riches, and family secrets.

A bloody incident occurs as someone tries to enter the cave’s depths at the trailer’s beginning. Cut to the present, where Tisca Chopra, an IAS official, is tasked with creating a mining operation that would take her to the same “cursed pit.”

She pushes forward, opening the Pandora’s Box of horrible occurrences around her, despite the villagers and godmen warning her of the outcome. The mystery killings and disappearances compound her problems as she struggles with long-standing superstition.

10 movies of the Bollywood cinema that had poor content