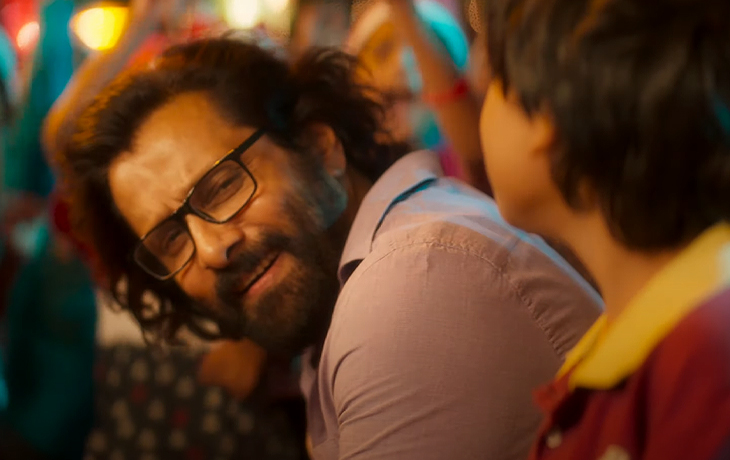 The trailer for Chiyaan Vikram’s much-awaited movie Cobra, which will have a grand release in a week, has been released. You’ll surely be glued to the screen after seeing the trailer, which seems quite intriguing. With his many shades—he will appear in the movie in 25 different avatars—Vikram gives people shivers.

Audiences are left perplexed by the dialogue “are you a snake” in the trailer. Even though the title of the film is Cobra, it is not clear how a snake fits into the story. Supposedly a mathematical genius who uses arithmetic to solve crimes.

For the promotions, Vikram arrived in Trichy, Tamil Nadu, today. A massive crowd of admirers at the airport gathered to cheer and whistle for him. The Central Industrial Security Force (CISF) officers deployed at the airport to provide security chased the fans away.

The film’s leading heroine is Srinidhi Shetty, while Irfan Pathan, a former cricketer, will make his acting debut as Cobra, the villain. In addition, the movie will have supporting performances from Roshan Mathew, Miya George, Sarjano Khalid, Mohammad Ali Baig, Padmapriya, Kaniha, Mirnalini Ravi, and K. S. Ravikumar and Meenakshi.

The much-anticipated action comedy Cobra, directed by Ajay Gnanamuthu and starring Chiyaan Vikram, will be released on August 31. As a multilingual project, Cobra will be released in Telugu, Tamil, and Hindi. In this movie, Vikram would wear 25 different looks, a few of which were seen in the trailer.