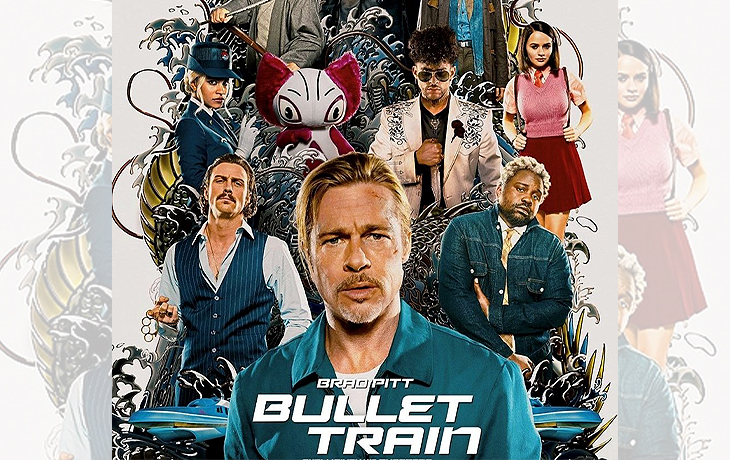 The official handle of Bullet Train movie unveils a brand new poster and theatrical release date of action drama revolving around a bunch of assassins.

The official handle of Bullet Train Movie captioned its post, “There’s only one way off this train: through all of THEM. #BulletTrainMovie is exclusively in movie theaters August 5”

Bullet Train is an upcoming neo-noir action comedy thriller film directed by David Leitch, from a screenplay by Zak Olkewicz. It is based on the Japanese novel Maria Beetle (published in English as Bullet Train) by Kōtarō Isaka.

The story revolves around trained killer Ladybug wants to give up the life but is pulled back in by his handler Maria Beetle in order to collect a briefcase on a bullet train heading from Tokyo to Kyoto. Once onboard, he and the other competing assassins onboard discover that their objectives are all connected.

Sony Pictures will release the film on 5th August 2022.

Pitt will next star alongside his Once Upon a Time in Hollywood co-star Margot Robbie in Babylon directed by Damien Chazelle and he will reteam with George Clooney in a thriller film written and directed by Jon Watts. Pitt has also signed a deal with Apple to create a racing film on the Formula One.

I Am Disappointed With The Verdict Says Amber Heard