Bhool Bhulaiyaa 2 gets 75 crores in 5 days at the box office, with 47 lakh tickets sold. 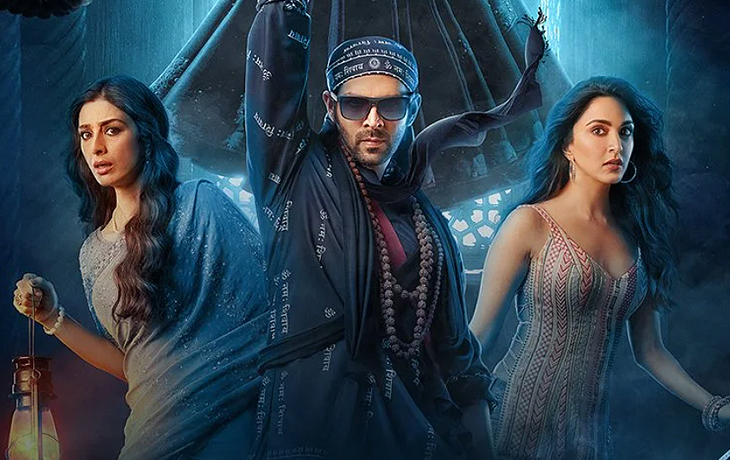 The horror-comedy Bhool Bhulaiyaa 2, directed by Anees Bazmee and starring Kartik Aaryan, Kiara Advani, and Tabu, ring the cash registers with its phenomenal box office performance. The film surpassed significantly bigger films like Runway 34, Heropanti, and Bachchan Pandey to become Kartik Aaryan’s and Bollywood’s biggest openers of 2022. The success of Bhool Bhulaiyaa 2 has brought much-needed relief to the Bollywood industry, which has been struggling since Covid-19 began in March 2020.

The film went into overdrive on Saturday and Sunday, with mass centres coming into action and posting healthy occupancies after an intense opening day of Rs. 13.5 crore nett. The second day saw a 35 per cent increase, while the third day saw a 25 per cent increase, bringing the weekend total to Rs. 54.85 crore nett. The picture passed the Monday test with flying colours, grossing Rs. 10.75 crore on day four, with mass centres matching or even beating first-day figures. The metros were a tad cheaper because of the weekday rates. Tuesday has done exceptionally well, with numbers dropping less than 10% from Monday. Day 5 is expected to bring in Rs. 9.5–9.75 crore, taking the five-day total to Rs. 75.1–75.35 crore, according to early forecasts from Tuesday. The five-day theatre event drew almost 47 lakh attendees.

Kartik Aaryan has proven himself as a dependable box office performer who carries a film and pulls enormous crowds to the theatres.