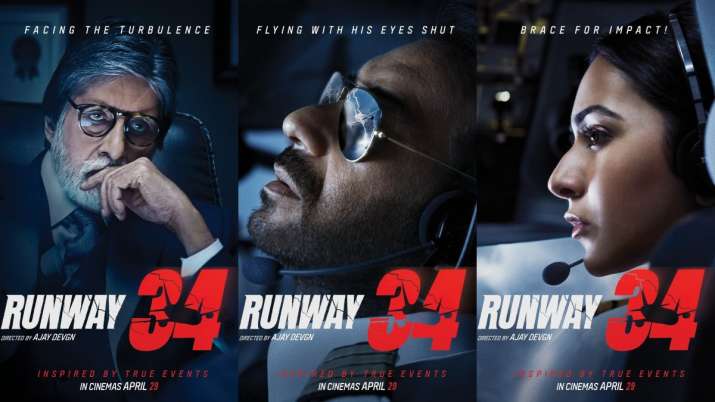 Ajay Devgan’s Directorial film Runway 34 has opened to good reviews from both critics and fans.But collections are very low.Till now film has earned 25 crs in its first week.Film.Budget is more than 60crs.

The film tells the story  Captain Vikrant Khanna who is the pilot of an ill-fated flight which  faces very bad weather low visibility and  very low fuel to even land on runway. How the pilot manages  to save 130 passengers who were on board for a the story of the film.The film is an edge-of-seat thriller film. Though direction could have been better.

The film also  stars Rakul Singh and Amitabh Bachchan. The film is based true story. Also, the film is directed by Superstar Ajay Devgan.