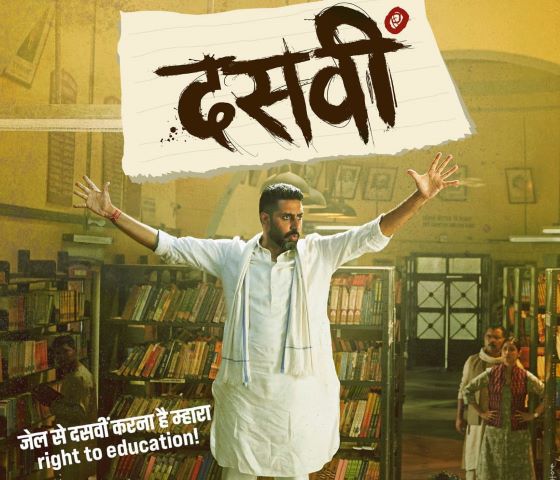 Bollywood star Abhishek Bachchan treated his fans with the short teaser of his upcoming film Dasvi. The film will be directed by Tushar Jalota and will be streaming on Jio Cinema and Netflix from April 7, 2022. Abhishek’s character seemed to be a convict locked in jail who wanted to exercise his right to Education.

Sharing the short teaser of the film on Twitter, Abhishek wrote, “From one student to another, Dasvi ke exams ke liye dher saari best wishes! #Dasvi streaming from 7th April on @JioCinema & @NetflixIndia.”

The video shows that Abhishek seems to be in jail and, telling his inmates not to make noise, that he is preparing to give his class 10th exams. The teaser ends with the actor standing on the table with a white kurta-pyjama. The film tagline says, “Jail se Dasvi Karna hai mhara right to education.”