Popular
“Aditya Dhar, You’re The Biggest Blessing In Life,”...
Ajay Devgn And Varun Dhawan Praise Each Other...
Dhanush And Sekhar Kammula Collaborating For A Trilingual...
Exclusive Interview: Ravindra Parekh, a Writer, Poet and...
Tiger 3: Salmaan Khan to reunite with actress...
Tahira Kashyap States that she borrowed money from...
Kartik Aaryan Is Spooky In Freddy’s New Teaser
Mahesh Babu Pens A Heartfelt Note For His...
Ranbir and Alia disclose the name of their...
Anand L Rai on Akshay Kumar’s Raksha Bandhan’s...
Home Bollywood news “There is only Khiladi, and it is Akshay Kumar,” According to Tiger Shroff.
Bollywood newsNewsTV

“There is only Khiladi, and it is Akshay Kumar,” According to Tiger Shroff. 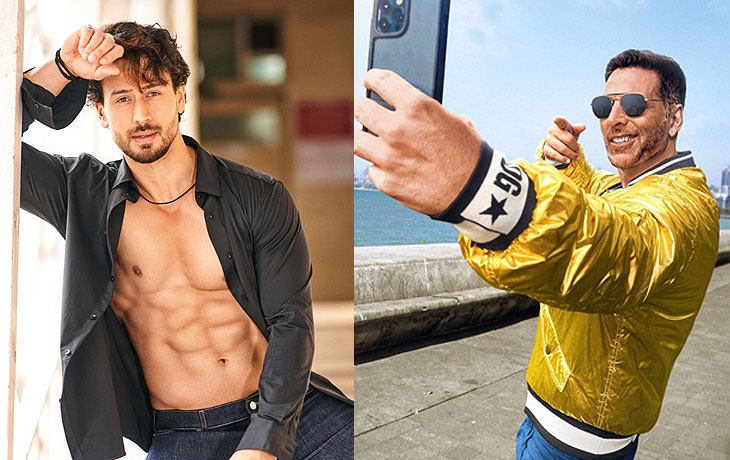 Tiger Shroff was recently referred to as a Khiladi like me by Akshay Kumar on the Koffee With Karan Show, and the Baaghi star is now glad of the kind gesture and says there’s only one Khiladi.

Tiger Shroff spoke with the media during the Mumbai launch of Yash Birla’s newest book.

When asked how Akshay Kumar refers to him in the film industry as Khiladi, Tiger responded, “I don’t think I am capable of such a tag. That tag is huge, and I think there can only be one Khiladi in the industry, that is Akshay Kumar.”

It is interesting to note that Tiger Shroff and Akshay Kumar will appear together in Pooja Entertainments’ remake of the beloved Bade Miyan Chote Miyan.

Actor Tiger responded when questioned about the movie and some of his favourite times with Akshay Kumar. “I am just forever grateful to him, he is very kind, and I have had the privilege of meeting Akshay Kumar, sir, a few times, and he was always kind to me, and he would always tell me that he likes what I can do.”

“I remember there was this tournament in Baroda or Surat. I was in one of his martial arts tournaments, and he was kind enough to invite me and said students wanted to meet me. I did a small little demonstration with him, so that was one of the most memorable times I had, and I am looking forward to working with Akshay Kumar in Bade Miyan Chote Miyan,” stated Tiger.

Action movie star Tiger Shroff is now winding up the production of Ganapath and Screw Dheela in addition to Bade Miyan Chote Miyan.

Bipasha Basu announces she is expecting a child with Karan Singh Grover.