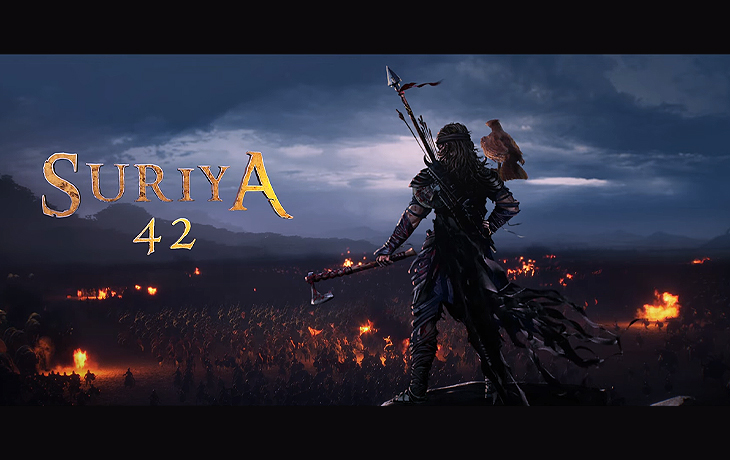 For his upcoming movie, Suriya 42, the actor Suriya has linked up with the filmmaker Siruthai Siva. After the official launch, the movie’s motion poster was presented with heart-pounding background music and visuals of war, the video hints at a periodic action. The actor could be seen as a warrior avatar carrying an eagle.

Although the motion poster doesn’t reveal much, it indicates that Suriya42 will be a periodic picture. If this is the case, watching Jai Bhim star in this genre will be visually pleasing. The movie will be released in 10 different languages and 3D, according to the makers. According to the clip, the actor guarantees a never-before-seen avatar alongside Suriya42.

Suriya posted the motion poster video on Twitter, “We seek all your good wishes as we begin our adventure!”

The beautiful actress Disha Patani will play the female lead in the Suriya-starrer, dubbed “The Prestigious Mega Project,” with Redin Kingsley, Yogi Babu, Kovai Sarala, and Anand Rah appearing in supporting roles. Suriya 42 will reportedly be produced on a large scale and released in 10 languages. UV Creations is funding the pan-Indian project, and Devi Sri Prasad is the music director.

Recently, Suriya 42 began filming, and the cast and crew were there for the grand launch and the pooja ceremony. The yet-untitled movie will be filmed in and around Goa and Chennai. In Chennai, the very first schedule was held, and on September 13, Goa will host the second phase of filming. According to reports, the filmmaker intended to film a big fight scene in which some 250 bouncers would participate.