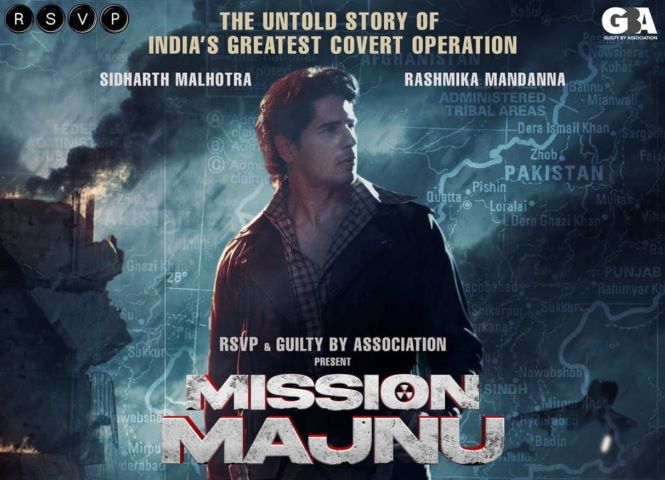 Sidharth Malhotra starrer Mission Majnu is Scheduled to hit the theatres on June 10. Directed by Shantanu Bagchi and the film also stars Rashmika Mandanna as the female lead. The filmmakers dropped the new poster and made the release date announcement.

Sharing the news poster on Twitter, Sidharth wrote, “This Majnu is on a mission, and it’s going to get R.A.W & DEADLY! #MissionMajnu, now releasing on 10th June 2022.”

The film is inspired by actual events set in the 1970s. Sidharth is essaying the role of a RAW agent who leads the secret operation on Pakistani soil. Mission Majnu will tell the story of the mission that changed the relationship between India and Pakistan forever.

Written by Parveez Shaikh, Aseem Arrora, and Sumit Batheja, producers Amar Butala and Garima Mehta are co-producing the film with Ronnie Screwvala under the banner of RSVP Movies. Mission Majnu will mark Rashmika Mandanna’s Bollywood debut and her fans are super-excited to see her in a new avatar.

Vidya Balan And Shefali Shah’s Jalsa Trailer Is Out