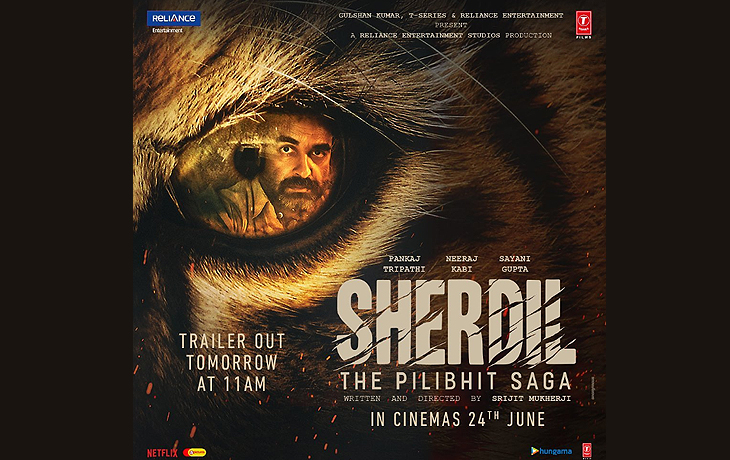 Mumbai, 2nd June 2022 (NewsHelpline) – The first official trailer for Pankaj Tripathi starrer Sherdil – The Pilibhit Saga will be out tomorrow. The makers of the film drops a brand new poster and confirms the trailer release deeds as well.

The film is inspired by true events, it is touted to be a dark humour laced satire. The film is an insightful story about the adverse effects of urbanisation, man-animal conflict and poverty leading to a bizarre practice in a village that resides on the edge of a forest.