Popular
“Aditya Dhar, You’re The Biggest Blessing In Life,”...
Ajay Devgn And Varun Dhawan Praise Each Other...
Dhanush And Sekhar Kammula Collaborating For A Trilingual...
Exclusive Interview: Ravindra Parekh, a Writer, Poet and...
Tiger 3: Salmaan Khan to reunite with actress...
Tahira Kashyap States that she borrowed money from...
Kartik Aaryan Is Spooky In Freddy’s New Teaser
Mahesh Babu Pens A Heartfelt Note For His...
Ranbir and Alia disclose the name of their...
Anand L Rai on Akshay Kumar’s Raksha Bandhan’s...
Home Bollywood news Shah Rukh Khan Thanks Everyone For Celebrating His 30 Years In The Entertainment Industry.
Bollywood newsFeaturedFilms

Shah Rukh Khan Thanks Everyone For Celebrating His 30 Years In The Entertainment Industry. 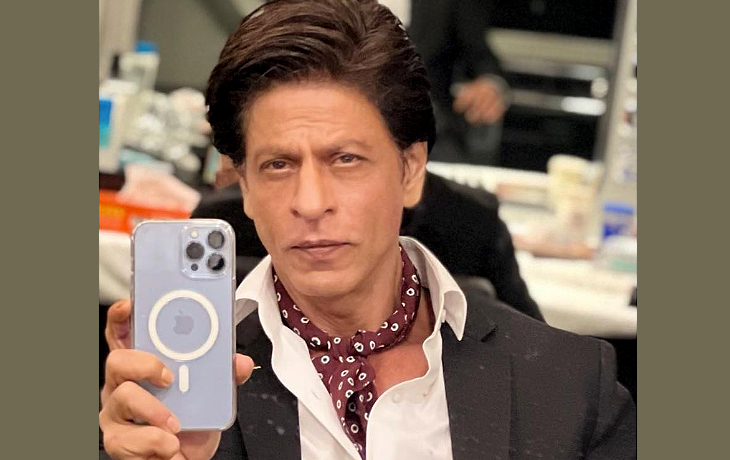 Shah Rukh Khan, a Bollywood superstar who celebrated his 30th year in the industry yesterday, thanked everyone for their well wishes on social media and posted a lovely photo of himself for his admirers.

Sharing the picture, Shah Rukh Khan wrote, “Thank u all for celebrating my 30 yrs with cakes & edits and all things nice. For me the best way to celebrate is to work round the clock today to create more entertainment. Love you all”

Shah Rukh was wearing a traditional black suit, a white shirt, and a patterned maroon cravat in the photo that the superstar tweeted, giving off significant “Don” overtones.

Pathaan, which also has Deepika Padukone, John Abraham, and Salman Khan in cameo roles, will be released on January 25, 2023, in Hindi, Tamil, and Telugu. It is produced by Yash Raj Films.

Atlee is in charge of Jawan. The action-thriller, which is produced by Gauri Khan, will feature SRK in a never-before-seen role.

Rajkumar Hirani is the director of Dunki. Taapsee Pannu will also appear in the movie, which is being made by Red Chillies Entertainment, a joint venture between SRK and Gauri Khan. On December 22, 2023, the movie will be released.