Ranveer Singh on using the web space following the popularity of “Ranveer vs Wild”: I continue to pay attention to the big screen. 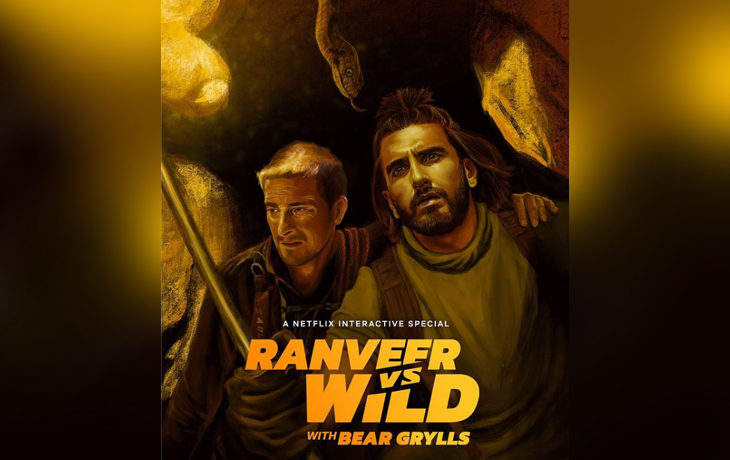 Ranveer Singh made his television debut as a game show host at the beginning of the year. His experience with Bear Grylls was released as a Netflix particular this month, marking the actor’s foray into the web world and another first for him. The interactive Netflix event, titled “Ranveer Vs Wild,” has received much attention since it premiered, and Ranveer’s frank avatar was also a hit.

Ranveer is thrilled at his reaction to his experiences with Bear Grylls. Ranveer commented on it: “I’m particularly pleased to see the whopping viewership statistics that have been shared with me. At the start of my career, my mentor Aditya Chopra told me that I have the kind of personality where I will earn more love from audiences (when) I engage them with my (off-screen) persona. His prophecy stayed with me over the years.”

Although Ranveer loved filming in the dangerous yet thrilling environment, the actor had no immediate plans to experiment in the web space. When questioned if he would commonly be spotted in the digital world? The actor replied, “I have started to believe people enjoy seeing my off-screen persona, but I am most comfortable playing movie characters. The big-screen offerings remain my main focus. That said, I am grateful that the OTT platform has offered me the opportunity to endear myself to and entertain the audience.”

What Deepika Padukone did now, I did 15 years ago, according to Mallika Sherawat’s comparison of Murder and Gehraiyaan.