Masaba Gupta is body shamed by a troll, but the actress wins hearts with her “sharp as a knife” response. 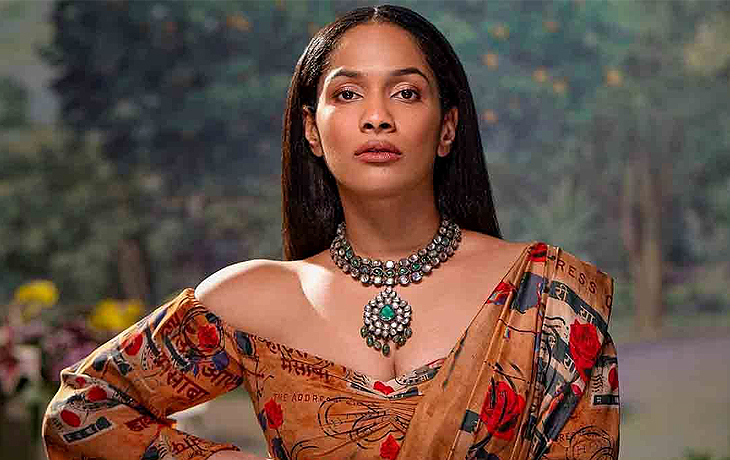 Masaba Gupta wears a lot of headgear. She has established herself as a successful actor in the show business and a well-known fashion designer in the nation. Masaba enjoys entertaining her followers on social media and dazzlingng them with her many talents. She uses Instagram extensively and frequently shares glimpses of her personal and professional lives there. She does it all, from beautiful photo shoots to candid shots. Concerning that, Masaba recently responded to a troll who body-shamed her after she posted a picture.

Yesterday morning, Masaba used Instagram’s story feature to share a screenshot of a troll’s comment. It read, “You look so bad… Ironically, you are in the fashion and entertainment industry.” Giving a brilliant answer to this, Masaba replied, “That’s cute. Let’s be clear being in any industry has to do with talent. Crazy hard work. Wild discipline. Yes? Yes. As for my face, that’s just a pretty bonus (as is my mind that is as sharp as a knife, and your b******* wouldn’t get past it even if you tried).”

Regarding Masaba’s performance, she most recently starred alongside Ritwik Bhowmick in the short film I Love Thane. It was a part of the anthology Modern Love Mumbai and was directed by Dhruv Sehgal. She will appear in the second season of the web series Masaba Masaba, which will air soon. The semi-fictionalized programme, which also stars her mother and seasoned actress Neena Gupta, is based on her experiences as a fashion designer

Kangana Ranaut As Indira Gandhi In Emergency, Teaser Out

According to the attorney, the Aryan Khan case is concluded for him.