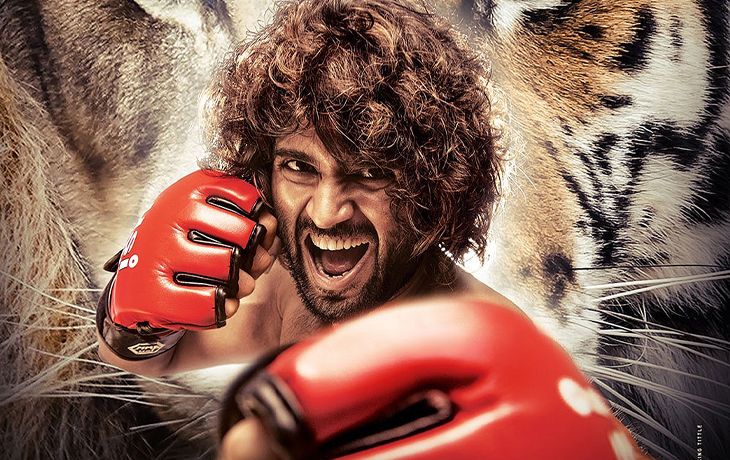 The much talked about action flick, Liger, is now in theatres. The movie has a lot of buzz, but the story hasn’t managed to strike a chord with the viewers. Though fans of Vijay might be glad to see him on screens and rejoice in seeing him do what he does the best, the movie has many flaws, and nothing makes up for how it shapes up.

The story is about Liger, a man who is trying to make it out there in the world of MMA and supporting him is his mother, played by Ramya Krishnan. There’s Ananya Panday, who plays his girlfriend and Mike Tyson in an extended cameo. We also have Chunky Pandey play Ananya’s father and a wealthy businessperson. And, of course, there’s Ronit Roy as Liger’s coach.

As for the story, a lot of this story doesn’t sit well with us as a viewer. Even if one watched it like it was a no-brainer, they’d get lost because the plot is all over the place. You’d believe that the action might be a saviour, but that also fails to work in most moments.

Of course, shot on a reasonable budget, the movie looks good production-wise and has excellent songs (that we don’t need).

As for performances, Vijay does manage to try to save the day, but this film cannot be a one-person show, and the poor writing makes it difficult for him to do it too. He doesn’t overdo it, though, and that’s a saviour. Ananya is doing what she does, but her character has no weight. Ronit Roy, of course, is a gem of an actor, and he does good. Ramya is a talent wasted, and how because she’s gone OTT to an extent we don’t even see on TV anymore.

There’s barely anything about this movie that works, and one would’ve expected better than what we are ultimately offered.