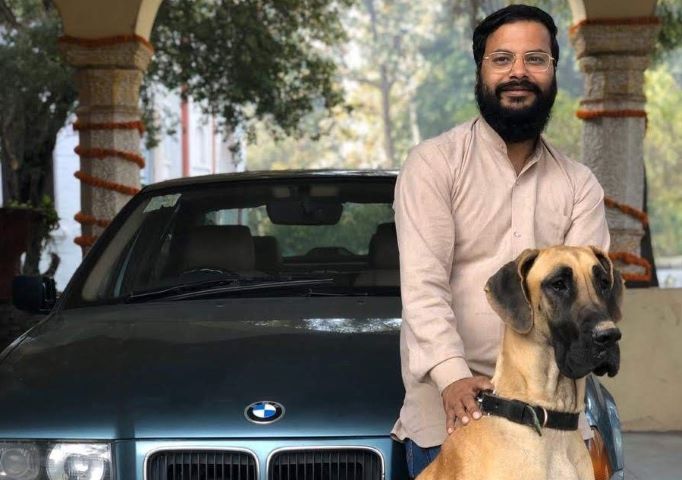 Amber Sharma, a.k.a. Mowgli Baba, wants travel freaks to join him on an untraded path of visiting vastly unheard-of places such as historical/heritage sites.  The multi-talented Sharma’s new web series is all about that. In a freewheeling chat with Bollywoodtimes11, Sharma, the founder of Mowgli Productions and Mowgli Baba OTT Platform, talks to us about the reason behind his nickname, his passion for wildlife photography, film making and more.

Sharma is also a wildlife photographer, filmmaker, and certified scuba diver. He has previously worked for National Geographic, WWF, and WCS. He started his photography career, specializing in Mammals Population, later he switched from photography to environment filmmaking. Some of his remarkable works include “In Search of Snow Leopard,” “The Man in the Maze,” and many others.

Excerpts from the interview:

Why do People call you Mowgli Baba?

It’s because of the way I work. I generally go to the forest with naked legs and fix my camera in the forest. I wake up at 4 am and look for animals till 11 pm. So people started calling me Mowgli, and from there, I got this name.

How did your passion for wildlife photography and filmmaking start?

From childhood, my father used to take me to the forest. From there, my love for the forest started. But becoming a wildlife photographer and environmental filmmaker was never my objective. Initially, I wanted to be a pilot, but I couldn’t do that due to my height and weak sight. Later I decided to become CA, but I was not too fond of that path, so I took my leave. Gradually my interest started to inclined towards wildlife, and in Jabalpur, I got my first exposure as a wildlife photographer with the help of Kamal Uddin.

What is the motivation behind your documentaries?

When people think of environmental conservation, they think of tigers and deforestation only, which is a small segment in the big picture. I want to portray other animals that are endangered and highlight different areas of environment and wildlife.

Tell us about your upcoming web series.

Our new Travel Series is on the cards for all those who love exploring unseen hidden ‘treasures’ worldwide. Post lockdown, we are coming up with the first such series, which is in theme with travel lovers’ pent-up desire to go on long drives and fun escapades. The series would be covering interior, vastly unheard-of places such as historical/heritage sites. It includes tribals, local culture, and cuisine, historical monuments to name a few.

The entire series is covered by road travel to such far-off remote places in a SUV. The unit has already shot the first episode in the state of Chhattisgarh in India, traveling 4,500 kilometers in their SUV. Titled ‘Hideaways on SUV,’ the series would be hosted by Abhuday Singh, a Limca book record holder, and aired on Mowgli Baba (worldwide) and docu channel, USA.

Scheduled for release on Deepawali this year, each episode would have a runtime of around 35 minutes.

You have co-produced movies like “The Man in the Maze,” “Anything for you,” and “Mumbhai Connection.” How did your work shift from environmental documentary to filmmaking?

Being a businessman, I found it an excellent opportunity to work not only in the wildlife and environmental field, but also in the entertainment industry.

What advice will you give to young wildlife photographers?

A lot of patience is required at the start. Earning good money will be difficult, and you have to stay updated with the international standards and norms. So the starting period is going to be very struggling. But after a certain time when you have established your name in the industry, you can get a lot of work and earn good money.

Another important thing is to work on the concept. Rather than clicking any random photo, your photographs should be based on a concept.

What advice would you like to give people who want to contribute to saving the environment without being a part of any group?

My biggest advice will be to do a plantation in front of your home. It has a lot of environmental benefits. In past years sparrows have been extinct from areas like Delhi due to lack of trees; plantations can allow sparrows and other birds to form their nest.

The First Song, ‘Ghani Cool Chori’ From Film Rashmi Rocket Is Out.