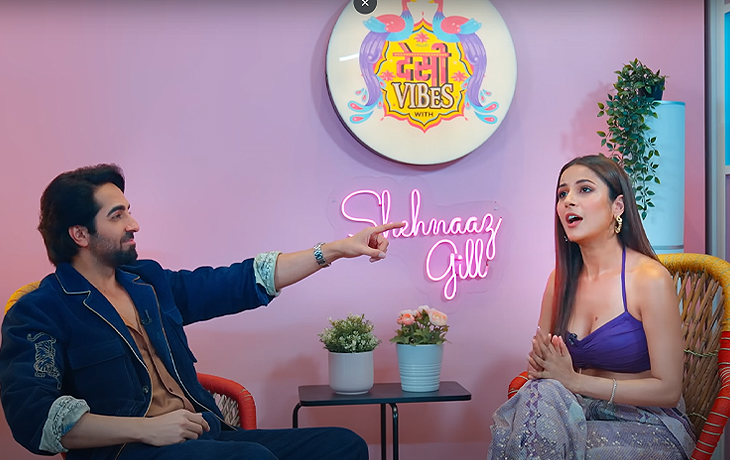 Shehnaaz Gill is a multi-talented actress who never fails to amaze viewers with her acting skills, fashion sense, and anchoring abilities. On her YouTube channel, Shehnaaz started her chat show, ‘ Desi Vibes With Shehnaaz Gill.’ On her YouTube channel, the second episode starring herself and Ayushmann Khurrana is now available. To promote his movie An Action Hero, Ayushmann visited her chat show. The two actors have several entertaining and exciting conversations in this episode.

Ayushmann Khurrana tells them during their conversation that he finds it difficult to express his feelings publicly since others will judge him for it. Shehnaaz responds that because everyone is free to express their emotions, why not celebrities? She also believes that performers shouldn’t be under the stress of being judged. Shehnaaz receives a compliment from Ayushmann, who describes her as courageous for publicly expressing her emotions, which some people find difficult due to their personality type.

“Shot Half Of Blurr With Zero Vision,” Says Taapsee Pannu