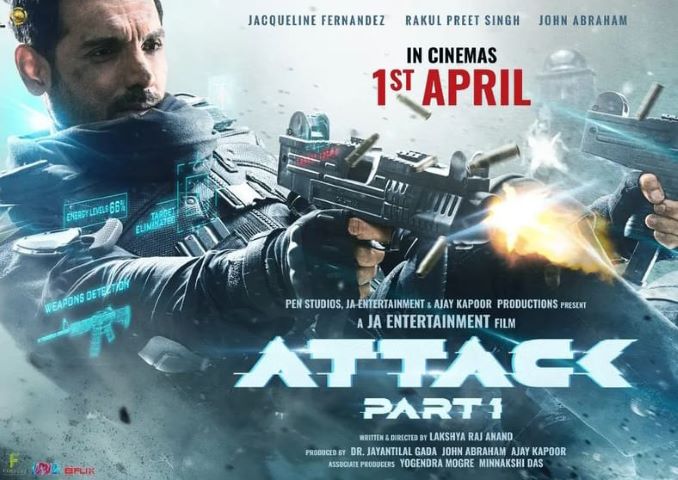 Actor John Abraham Starrer Film Attack’s Trailer is released on Monday. The film also stars Jacqueline Fernandez and Rakul Preet Singh in lead roles, and it will release in theatres on March 11, 2022. The trailer gives a glimpse of John as India’s first super Soldier, created to fight terrorism and stop terror attacks.

John shared the film’s trailer on his Twitter handle and captioned it, “INDIA’S FIRST SUPER SOLDIER is here to save the nation! #ATTACKtrailer out now. #Attack – Part 1 releasing in cinemas worldwide on 1.04.22.”

The trailer starts with John’s voice informing the audience about the two important days of our life- the day when we are born and the day when we realise the purpose of our birth. His character undergoes some modifications to become a super-soldier, the saviour of the country. The transformation of John gave us vibes of Captain America of Marvel.

The trailer shows us the two sides of John Abraham. The one is romancing with Jacqueline, and the other is fighting with his enemies. You get to see high octane action sequences as well as some romantic scenes through the trailer.