Popular
“Aditya Dhar, You’re The Biggest Blessing In Life,”...
Ajay Devgn And Varun Dhawan Praise Each Other...
Dhanush And Sekhar Kammula Collaborating For A Trilingual...
Exclusive Interview: Ravindra Parekh, a Writer, Poet and...
Tiger 3: Salmaan Khan to reunite with actress...
Tahira Kashyap States that she borrowed money from...
Kartik Aaryan Is Spooky In Freddy’s New Teaser
Mahesh Babu Pens A Heartfelt Note For His...
Ranbir and Alia disclose the name of their...
Anand L Rai on Akshay Kumar’s Raksha Bandhan’s...
Home Bollywood news Anushka Sharma Will Be Shooting At Lord’s Cricket Ground And Other Top Stadiums For Chakda Xpress.
Bollywood newsFeatured

Anushka Sharma Will Be Shooting At Lord’s Cricket Ground And Other Top Stadiums For Chakda Xpress. 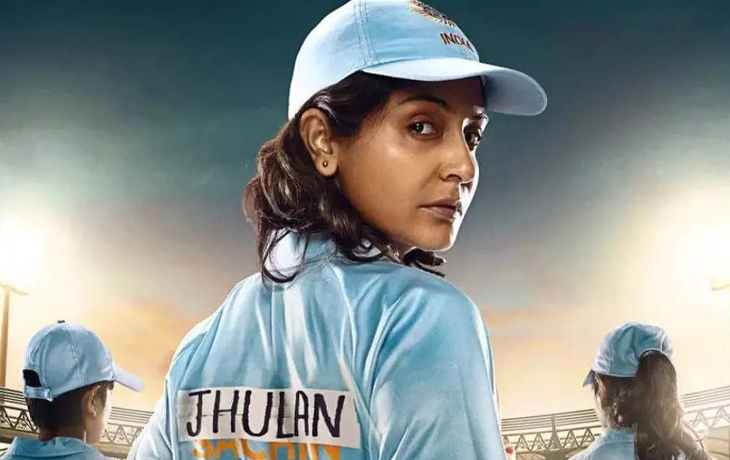 Anushka Sharma is getting ready to return to the big screen. For the uninitiated, the actress has already begun filming Chakda Xpress, in which she will portray Jhulan Goswami’s cricketing persona. The sports biopic, which is based on the fast bowler’s life, is Anushka’s debut. Meanwhile, Prosit Roy and Karnesh Ssharma, the film’s director and producer, are not holding back.

Anushka Sharma and the Chakda Xpress team will shoot at four of the world’s greatest cricket stadiums, boosting the film’s production value. In addition to this massive location, the actress is expected to film in Headingley Stadium in Northern England. Anushka is also preparing to shoot at an enormous stadium in India. Jhulan’s remarkable journey up the corporate ladder, despite misogynistic politics, to accomplish her dream of playing cricket for India is chronicled in Chakda Xpress. She achieved her aim and captaining the Indian women’s national cricket team, serving as a role model for the country’s budding cricketers.

The Cbi Rejects Giving Information In Response To An Rti Request In The Sushant Singh Rajput Case But Confirms That An Inquiry Is Underway.