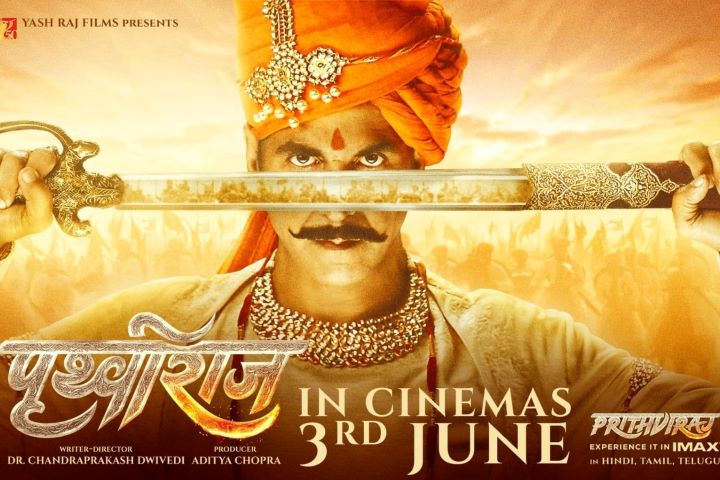 Akshay Kumar Starrer Upcoming period drama Prithviraj will release on June 3, a week before its earlier schedule. Previously the film was slated to release on June 10, 2022.

Sharing the news on Twitter, Akshay wrote, “Elated to announce that Samrat #Prithviraj Chauhan’s grand saga is arriving sooner to the big screen on 3rd June in Hindi, Tamil & Telugu.”

Directed by Dr Chandraprakash Dwivedi and produced by Yash Raj Films. The film is based on the life of Samrat Prithviraj Chauhan, who fought against the ruthless invader Muhammad of Ghor.

Earlier, Akshay had introduced the characters of the film on his Twitter. He shared their posters with screen names in a series of tweets. See the posters.

In the film, Akshay plays the titular role of Samrat Prithviraj Chauhan. Manushi Chhillar, Miss World 2017, is making her Bollywood debut with the film, and she is essaying the role of Princesses Sanyogita. The film also stars Sanjay Dutt as Kaka Kanha and Sonu Sood as Chand Vardai.

Akshay was last seen in Atrangi Re, with Dhanush and Sara Aii Khan. He has projects like Bachchan Pandey, Raksha Bandhan, Ram Setu, OMG 2 and Gorkha.