Popular
“Aditya Dhar, You’re The Biggest Blessing In Life,”...
Ajay Devgn And Varun Dhawan Praise Each Other...
Dhanush And Sekhar Kammula Collaborating For A Trilingual...
Exclusive Interview: Ravindra Parekh, a Writer, Poet and...
Tiger 3: Salmaan Khan to reunite with actress...
Tahira Kashyap States that she borrowed money from...
Kartik Aaryan Is Spooky In Freddy’s New Teaser
Mahesh Babu Pens A Heartfelt Note For His...
Ranbir and Alia disclose the name of their...
Anand L Rai on Akshay Kumar’s Raksha Bandhan’s...
Home Bollywood news “Yogita Bihani Is Like A Breath Of Fresh Air In Vikram Vedha,”Says Saif Ali Khan
Bollywood newsNews 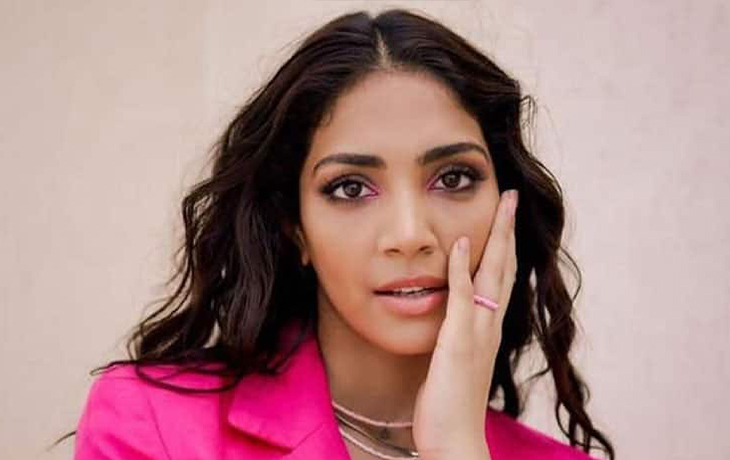 At the special trailer launch for the movie, Saif Ali Khan praised Yogita Bihani, who also stars in Vikram Vedha, by saying, “Yogita is like a breath of fresh air in the movie.”

Actress Yogita Bihani, who will soon make her major Bollywood debut in the theatre release of Vikram Vedha, is greeted by Saif Ali Khan at the trailer’s special premiere.

Yogita Bihani makes a striking impression on everyone’s hearts and minds with her revitalising entrance on screen, making a beautiful statement at the trailer release in a pink blazer dress.

Yogita’s co-star Saif Ali Khan applauded Yogita for her role in the film. Talking about the same, Saif Ali Khan said, “I told this young lady when I see her in the movie, it’s like a breath of fresh air with all those faces and the violence.”

“Nice, so nice”, the actor complemented Yogita for being the exciting element of the film.

Yogita Bihani has been preparing for her debut movie while forging her route in the industry.

Everyone is waiting impatiently for September 30 to arrive so they can see Yogita Bihani make her spectacular film debut opposite Hrithik Roshan, Saif Ali Khan, Radhika Apte, and Rohit Saraf in Vikram Vedha.