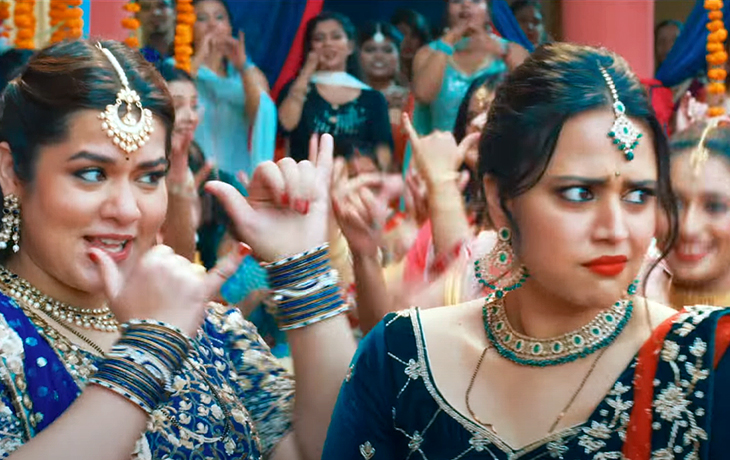 The creator of the female-buddy adventure, Jahan Chaar Yaar, has released a second single titled Meri Patli Kamar after releasing the blockbuster song What The Luck by Mika Singh.

Ritu Pathak sings the fun-dance song, which was written by Anand Raj Anand, arranged by him, and choreographed by Adil Sheikh.

Unveiling the second single on her social media profile, actress Swara Bhasker shared, “Get ready to groove with us on the festive song of the year #MeriPatliKamar, out now on Times Music! #JahaanChaarYaar, in cinemas on September 16, @ItsKamalPandey @TimesMusicHub @PenMovies @jayantilalgada @drtarangkrishna @jahaanchaaryaar.”

The song shows the leading group, Swara, Sikha, Pooja, and Meher, participating in a wedding ceremony and dancing wildly.

The buddy comedy film Jahan Chaar Yaar, directed by Kamal Pandey, features Swara Bhasker, Meher Vij, Pooja Chopra, and Shikha Talsania in pivotal roles. It centres on four female best friends from all walks of life who go on a trip to Goa that forever alters their lives.

In search of escape from their routine lives, four married friends travel to Goa, where they find themselves caught up in an incredible experience.

Vinod Bachchan produced the film. The movie is scheduled for release on September 16, 2022.

“I Had Apprehension About Directing Prakash Jha,” Says M Gani

“It is the story that works,” Says Prakash Jha