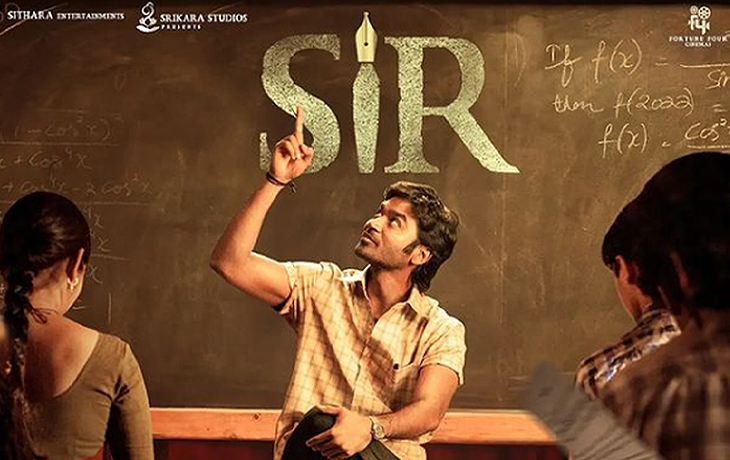 After revealing an early teaser, the makers of Dhanush starrer Sir drop the movie’s release date with a new poster.

The film, which Venky Atluri wrote and directed, will hit theatres on December 2, 2022. The creators announced the same with a brand-new poster on their social media pages.

In this film, which Naga Vamsi and Sai Soujanya are jointly producing under the Sitara Entertainments and Fortune Four Cinemas labels, Samyuktha Menon plays the female lead. The music for this movie, which is currently under production, is composed by GV Prakash Kumar.

Sir will be Dhanush’s debut in the Telugu film industry. He is also busy with his director-brother Selvaraghavan’s Naane Varuven, a psychological action thriller film.

DoctorG Trailer Out: Ayushmann Khurrana is a male gynaecologist in the new movie