I am happy to tell you that I have started a new Section in my Blog which is only dedicated to Classic Films of India Cinema. Now According to me, the Definition of Classic Film is a  film that has a good fan following, and the film has redefined Cinema. From the 1940s to 2020 Cinema has seen many changes. Especially in last year as the pandemic of Covid 19 forced everyone to be lock in their homes a new form of entertainment OTT channels helped cinema buffs to enjoy new content.

From the Black White Era of the 1950s to the Dolby Stereo Era of  2020 Many Great and Iconic  Filmmakers have Created Many Landmark films that have made a permanent place in the hearts of Cinema Lovers.

From Legendary Filmmakers Like Late Guru Dutt Sahab to Great  Yash Chopra Cinema has seen many great  Directors and Superstars.

Excellent Films from different Eras like the 1950s,60s,70,80s,90s, which were Super Hits in their time and now are called Classics film in their own way. Being a hardcore Cinema Buff here I am presenting Classic films which have influenced in many ways as a viewer and as Film Critic. So I am putting some of these Marvellous Films which are real Classics of Hindi Cinema.

1.DON-I am really thrilled to start this blog with a Classic  Action film that was released in 1978.  The film starred  Amitabh Bachchan, Zeenat Aman, and Pran in main roles, Film was directed by Chandra Barot. The film broke many records at the box office and became one of the biggest Blockbuster films.

All songs of the film are still fresh in my mind. My all-time fav Tracks from the film is Main Hoon    Don and Yeh Bombay Nagaria,Khake paan Banaras Wala. I know you will also agree with me on this. 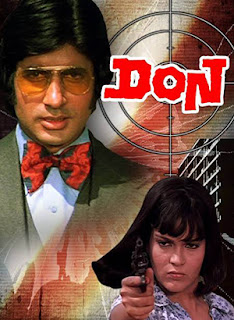 2.GUIDE-Guide is one of the Cult Classics of Hindi Cinema. The film is  Famous for evergreen songs like Aaj Phir Jeene ki Tamana Hai, Gata Rahe Mera Dil, Din Dhal JAYE. The Outstanding music of the film was composed by Legendary Music Director Great SD Burman who was the Father of Superstar Music Composer RD Burman. Film was Directed By Vijay Anand. Released in 1965 Guide was a massive Superhit in the India Box office.

The guide has got the Great Dev Anand Sahab giving his Best Acting Performance as a Raju Guide. Dev Anand Sahab also won Most Prestigious Filmfare Award in the Best Actor Category.

3.ANAND-Now I am Sure If you are a fan of Hindi Films you must have seen Ananda more than hundred times. Anand was Directed by Master Director Hrishikesh Mukherjee.

Starring Superstar Rajesh Khanna in the role of  Anand who is suffering from a rare incurable disease but is full of life and hope .and Amitabh Bachchan who plays the role of Doctor Bhaskar Banerjee, Anand is one of real classic films of Bollywood. The film is also famous for melodious songs also like Maine tere liye, Kahin Dur Jab Din Dhal Jaye, and Zindagi  Kaisi Hai Paheli Hai I  think which is one of the most iconic songs picturized on First Superstar Rajesh Khanna. Though Anand was a medium Budget Film having an offbeat Story Anand became one of the Biggest  Hits of all time. The film was appreciated by both classes and masses and critics. 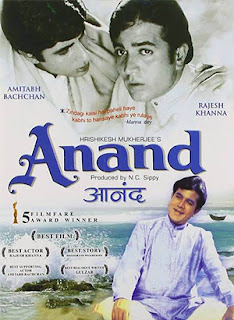 4.DEEWAR-Deewar is one of the most iconic films of Hindi Cinema. Released way back in the year 1975  the film is still one of the most-watched films. The film becomes one real of the cult classics of Hindi Cinema. The film gave audiences  Amitabh Bachchan as Angry Young Man of Indian Cinema, Film also had a fine acting performance. by  Actor Shashi Kapoor. Deewar started a new trend of Stylish action films which was written by One of the most successful Script Writers Duo Salim Khan Saab and Javed Akhtar Saab. As we Know Deewar is always remembered For  Megastar Amitabh Bachchan action  Dialogues. Deewar was one of the Blockbuster hit films in the Year 1975. Also, Amitabh Bachchan starred in another All-time Classic Film which later on became one of the Biggest All-time Superhits film SHOLAY.
Post Views: 164
film makingmovienews
3 comments
5
FacebookTwitterPinterestEmail