One of the most loved Romantic films of all time Dilwale Dulhanina Le Jayenge in short DDLJ is no doubt the most-watched Bollywood Film of all time. Starring King Khan Shahrukh Khan as Raj and Kajol as Simran the film has stayed in the audience’s minds for more than 25 years. 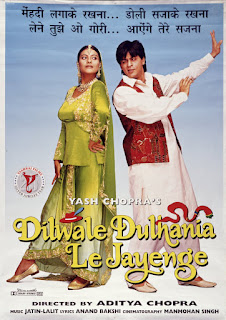 The film has broken many Records that was made by Previous Hit Films. Till 1995 no Bollywood film could ever touch the record made by 70s All time Blockbuster Sholay. But DDLJ not only managed to break that record but also made a new record of being the only Hindi Film which stayed for 20 years in Mumbai Theater Minerva. Shahrukh Khan became King of Romance after DDLJ Mega success.

DDLJ was a debut Film of Aditya Chopra. And Legendary Director Yash Chopra produced the film.


Made on a budget of 4 crores the film managed to earn 89 crores in India and made 13.50      crores in the Overseas market thus becoming the Greatest All-time Blockbusters film of Bollywood.

Mirzapur 2 Trailer is out

Many films are releasing on various OTT platforms